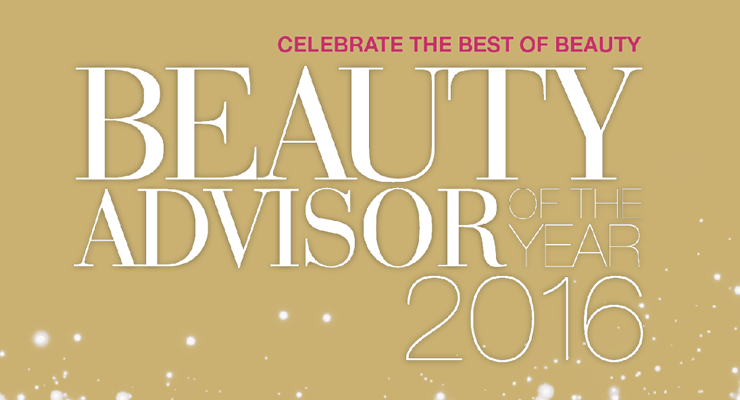 The Beauty Awards 2018 prides itself on its thorough, fair and credible judging process. Each of the judges were chosen because of their outstanding reputation, innovation, knowledge and passion in their area of expertise within the beauty industry. After trying, testing, scrutinising and evaluating every entry within their categories, the judges created a shortlist of products that they felt deserved to go before the public vote. 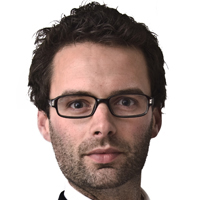 Former winner of The Apprentice, inventor Tom Pellereau displayed his innovative approach to beauty when he developed the S-shaped nail file, Stylfile. Since then he has teamed up with Lord Sugar to create a company with one aim — to reinvent beauty accessories. Tom’s latest inventions include the ingenious Stylfile Gel Polish Remover Kit and the StylPro Makeup Brush Cleaner and Dryer – a revolutionary device for cleaning and drying make-up brushes in seconds. 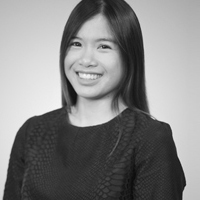 Theresa Yee is a beauty expert and journalist with more than 10 years’ experience in the cosmetics industry. Theresa manages and edits WGSN’s beauty directory, reporting on the latest global beauty trends, catwalk hair and make-up, product development, trade shows and retail news. Theresa is also responsible for WGSN’s beauty trends, two years ahead of season. She is also a consultant to leading beauty brands who call on her outstanding knowledge of the global beauty market and trends. 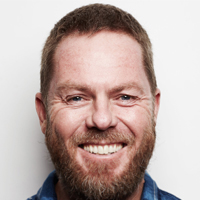 Phil Smith is an award-winning hairdresser with more than 30 years in the industry. Widely renowned as one of the most successful business people in hairdressing, Phil’s BE GORGEOUS range is a beauty editor favourite, offering high performance hair care solutions at affordable prices. Phil splits his time between his Salisbury salon Smith England and his celebrity clientele, as well as styling for high-profile magazines and presenting at international events. 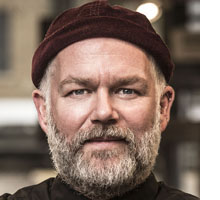 Adam’s work on the front line of hairdressing has taken him all over the world, tousling and taming the locks of fashion and beauty icons. Adam takes inspiration from the fast-paced, buzzing atmosphere of the fashion shows and photoshoots that he regularly works on and the exciting atmosphere in his two London salons. Ten years ago Adam poured his passion and hair expertise into co-founding the award-winning Percy & Reed product range, which can be found in leading beauty retailers both in the UK and internationally.

Ana is a freelance writer and author of Ana goes green, a blog dedicated to all things natural, eco-friendly and sustainable. Ana has a huge passion for natural, organic and niche beauty brands as well as seeing the natural beauty space grow. 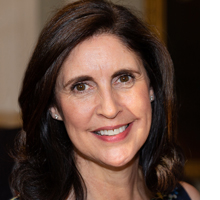 Tracey McAlpine is the founder of the health and beauty website Fighting Fifty. Created to challenge the perceptions of ageing, and to help men and women look good and feel well in their fifties and beyond.​ 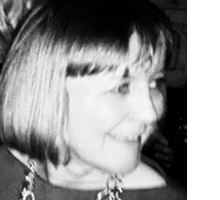 Margaret has been Editor of S Magazine at The Sunday Express since 2015, and was previously deputy editor. She has worked at The Express for 20 years. 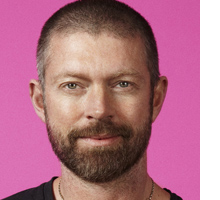 From his early days cutting hair in his mother’s dining room, Lee Stafford has gone on to become one of Britain’s most successful, multi-award-winning hairdressers. In September 2001, Lee created his own groundbreaking hair care line designed to bring problem-solving hair care to a younger, fashion conscious audience. The range is sold in over 40 markets worldwide and his best-selling product, Hair Growth Treatment, is in such demand, one is sold every five minutes throughout the world! 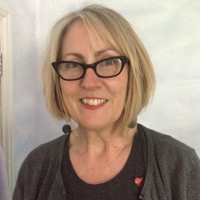 Former editor of Cosmetic News and Cosmetics International, Liz Jones is the current editor of Beauty Magazine. She's a complete fragrance fanatic and also known for her love of all things bronzing. When she's away from her computer screen, she's likely scouring the shelves for the latest NPD and always on the look out for the next 'big thing'. 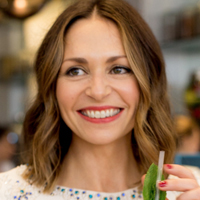 Abigail James is one of the beauty industry’s most revered facialists and wellbeing experts, working on both sides of the Atlantic. All of Abigail's bespoke treatments use her 15 years of experience, technology and healing hands to nourish, revive and give skin back its youthful glow. Abigail is a prominent figure for global brands working with some of the most respected skin, wellbeing and spa names in the industry. As an independent expert voice, Abigail has amassed a loyal and ever-growing social media following. She also continues to be a pioneer in the industry, hosting events and QVC shows, speaking at trade conferences, taking on brand ambassadorships and regularly tending to celebrities. Now a published author, Abigail’s first book, Love Your Skin, launched in May 2017 and is based on her philosophy that the link between our skin, our identity and our sense of self-worth is inextricable. 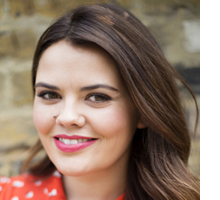 After graduating with a B.A. Hons in Theatrical and Media Make-up of the Performing Arts from the London College of Fashion, Bryony has made a name for herself in the world of television. Her make-up work can be seen on shows such as The X-Factor, Britain’s Got Talent, Strictly Come Dancing, The Voice, Saturday Night Take Away, Let’s Dance for Comic Relief, Catchphrase, Downton Abbey and many more. Since 2015, Bryony has been one of the Beauty Experts on ITV’s This Morning, which includes live demonstrations, masterclasses and makeovers. The loyal audience that Bryony has built from her work on This Morning now enthusiastically follow her YouTube channel which features regular make-up tutorials – many of which are in response to subscriber requests. 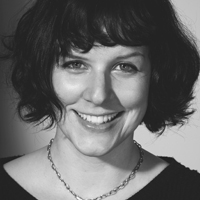 Lou Dartford works to enhance some of the most beautiful faces in the industry, so it’s hard to believe she started her career making people look like they were suffering from a disease. Having specialised in technical effects while studying costume and make-up for the performing arts at London College of Fashion, she soon realised she wanted to change direction and use her skills to make people look beautiful instead. Her make-up style juxtaposes gorgeously natural skin with plays on colour developed during her technical effects studies. As an advocate of natural and organic products, Louise has become a green beauty expert and her expertise is well sought after. Lou’s work has featured in Stylist, Nylon, Wonderland and Grazia. She has also worked with celebrities, such as Gemma Arterton, Birdy and VV Brown. 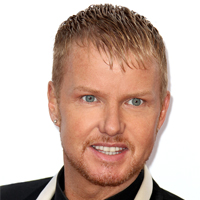 Leighton Denny MBE is one of the UK’s leading nail and beauty experts with multi-award winning beauty collections in his own name. With an empire of appointed salons worldwide, Leighton’s own brand of nail and beauty treatments are cult favourites among beauty professionals and his loyal customers. He has since added the Sun Believable tanning range, Lip Dual — a long-lasting moisturising lip colour — and, most recently, his debut fragrance, Light & Dark, to his portfolio. Leighton's first book, How I Nailed It, became the number one best-selling autobiography in the Beauty & Fashion section of Amazon just twenty four hours after its release. In 2015, Leighton was awarded an MBE by The Queen for his achievements within the nail and beauty industry. 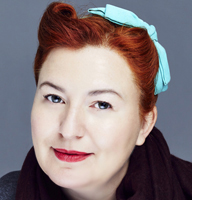 Justine Jenkins is a highly acclaimed make-up artist with 18 years’ experience of beautifying the best of British and international celebrities. She is also a cruelty-free cosmetics pioneer and beauty ambassador for Humane Society International. Her clients include famous faces such as Fearne Cotton and actresses Keeley Hawes, Elizabeth Moss and Charlotte Rampling, among many more. Her work has taken her around the world from film sets to photographic studios, shooting with some of the world's top photographers, and the results have been featured in countless magazines including Vogue, Harper’s Bazaar and Glamour. 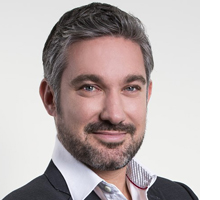 Stephen Handisides is an international TV presenter, roving reporter, model, MC, journalist, publisher and an all-round expert on aesthetic beauty and male grooming. He is a regular expert commentator in the US, Australia and UK on ITV’s This Morning, GMTV, Lorraine, OK! TV, Five, Sky News, Channel 10, BBC radio and the Dr. Oz Network. Stephen is the host of ‘The Modern Face of Beauty’ television series, broadcast on 52 local and national television networks in the US reaching 44 million households, as well as Filmon.TV with 74 million viewers. He is the founder and director of MyFaceMyBody, the world’s largest online information portal that aims to make aesthetics knowledge accessible to all. Stephen also launched the Global Aesthetic Awards — the only awards dedicated to the aesthetic industry. The awards are held in LA, London and Sydney with plans to expand the event across Europe and the UAE. 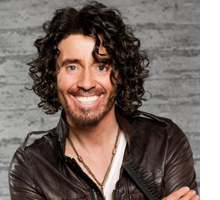 Mark Hill is one of the defining influences on British hairdressing. Based in Yorkshire, Mark is still the only hairdresser outside London to have won the British Hairdresser of the Year twice, and is the only UK hairdresser to have ever won the prestigious international hairdresser of the year accolade twice in succession, firmly establishing his global status as the ‘Master of sexy wearable hair’. 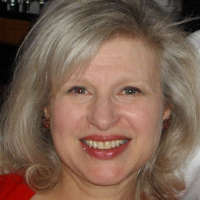 Jocelyn Bailey has been a health and beauty writer for over 30 years (including 10 years as beauty editor on Woman magazine), with a particular interest in ingredient technology. She has worked on-and-off for Beauty Magazine since its earliest days and has contributed to most of the glossies at some point, and still covers health for Bella magazine. She loves watching The Big Bang Theory, listening to Frank Sinatra and parties (her excuse for her house never being without a bottle of bubbly). 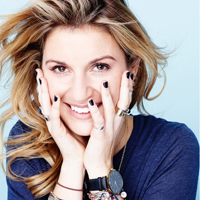 As Fashion and Beauty Director of OK! Magazine, Rosie Underwood has extensive knowledge in all areas of beauty, with over nine years’ experience in magazine publishing, styling and producing fashion and beauty editorials. Rosie’s fascination in all areas of the industry has led her to produce over 300 shoots for OK! Magazine. She’s worked behind the scenes at the Oscars, The Baftas and Cannes film festival, as well as featuring on numerous radio and TV shows all in the name of beauty, making her a recognised expert.

Migena Topciu started her career as a TV presenter and a model. She is one of the UK’s top hair stylists, consistently wining top awards in international competitions. Over recent years she has focussed on make-up for celebrity, television, editorial and Asian Bollywood make-up. She has established two award-winning 5 star salons and her experience includes make-up and hair styling for international competitions, as well as for photo shoots in Dubai, Sri Lanka, New York, Paris, Milan and of course the UK (including hair styling and make-up for London Fashion Week).
Migena enjoys sharing her passion for make-up and hair styling, and has set up her own make-up institute, the MG Academy.